Give the state permission to borrow $2 billion to fund supportive housing (affordable housing with on-site social and medical services) for those suffering with mental illness. That debt would be repaid with money previously set aside for county-run mental health services.

Not to over-complicate this, but it kind of depends on what you mean by “cost.” If Prop. 2 passes, the state will divert roughly $120 million per year away from designated mental health treatment funds to pay off the supportive housing bond. In other words, the state would be spending this money no matter what. Plus, a lawsuit has been holding up the state’s plan to fund supportive housing with county mental health dollars for over a year. If and when the court rules, it could side with the state, meaning this fiscal switcheroo was going to happen anyway.

In 2004, voters approved Proposition 63, which hiked the income tax on millionaires by 1 percent to fund the expansion of county-run mental health services and related programs. Twelve years later, state lawmakers passed a bill to borrow $2 billion to fund permanent supportive housing and to pay for it with some of the millionaire’s tax money. But a Sacramento lawyer sued, arguing that voters didn’t have the right to issue those bonds without voter approval and that, anyway, the Prop. 63 dollars are meant for bread-and-butter mental health services, not housing construction. Counties are now sitting on millions of dollars reserved for the homeless and are unsure how to spend it. Rather than wait out the court battle, state lawmakers are taking the question to voters.

Providing housing paired with social and health services is one of the most effective ways to help the chronically homeless who suffer from mental illness. This is entirely within the spirit of Prop 63, which is why the co-author of that proposition, Sacramento Mayor Darrell Steinberg, supports this initiative.

If the state wants to fund new supportive housing, it shouldn’t come at the expense of basic mental health treatment. And while supportive housing may be a noble idea in theory, cities often drag their heels when it comes to approving new housing for the mentally ill, making it less likely that the money will be spent on its intended purpose. Instead, millions will go to administrative costs and into the pockets of housing developers.

Prop. 2 in under one minute

The Bakersfield Californian editorial board 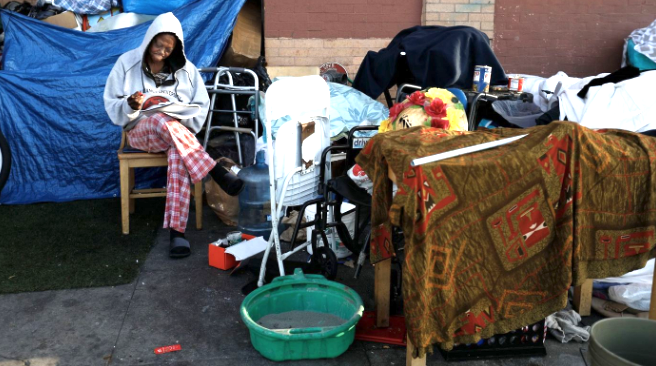 The new homelessness—from San Diego to the Bay

Mentally ill homeless people won't get well on the sidewalks. They need housing. Yes on Prop. 2