Repeal a recent increase in the gas tax and other fuel and car fees and require voter approval for all transportation-related tax increases in the future. Taxes to be rolled back include a 12-cent hike in the gasoline excise tax, a 4 percent increase in the diesel sales tax, as well as a new annual vehicle fee based on the value of the car or truck.

According to the Legislative Analyst’s Office, the state’s nonpartisan budgetary scorekeeper, the state government would lose $5.1 billion annually in foregone tax revenue. Most of this money now goes to road and highway repair and maintenance, along with public transportation and mixed-transportation projects. There would also likely be longer term fiscal impacts, as state and local lawmakers would have a much more difficult time raising revenue from gas and car-related sources in the future.

California roads are in rough shape, the product of years of deferred maintenance and recession-era budget cutting. Last year, lawmakers passed a bill to raise the state tax on gasoline for the first time in over two decades to fund repairs and maintenance, along with new transit projects and infrastructure upgrades. The bill also raised taxes on diesel and introduced a new car fee. This led Republicans and other anti-tax advocates to immediately begin mobilizing. In June, these same groups successfully campaigned for the recall of Josh Newman, a vulnerable Democratic state senator for Orange County, ostensibly over his support of the transportation bill.

Californians already pay some of the highest taxes in the nation, including one of the highest state gas taxes. Lawmakers should be forced to trim spending and improve efficiency before asking drivers for more money.

California hasn’t raised its gas tax in decades and the state’s transportation infrastructure is crumbling as a result. Conditions are unsafe for drivers and bad for business. Cities and counties are already using this money to improve our streets, highways, and transit systems. The idea that state and local governments could still make these necessary investments without this funding source just by “trimming the fat” is a fantasy.

Prop. 6 in under one minute

Is the Republican story about repealing the gas tax hike too good to be true? 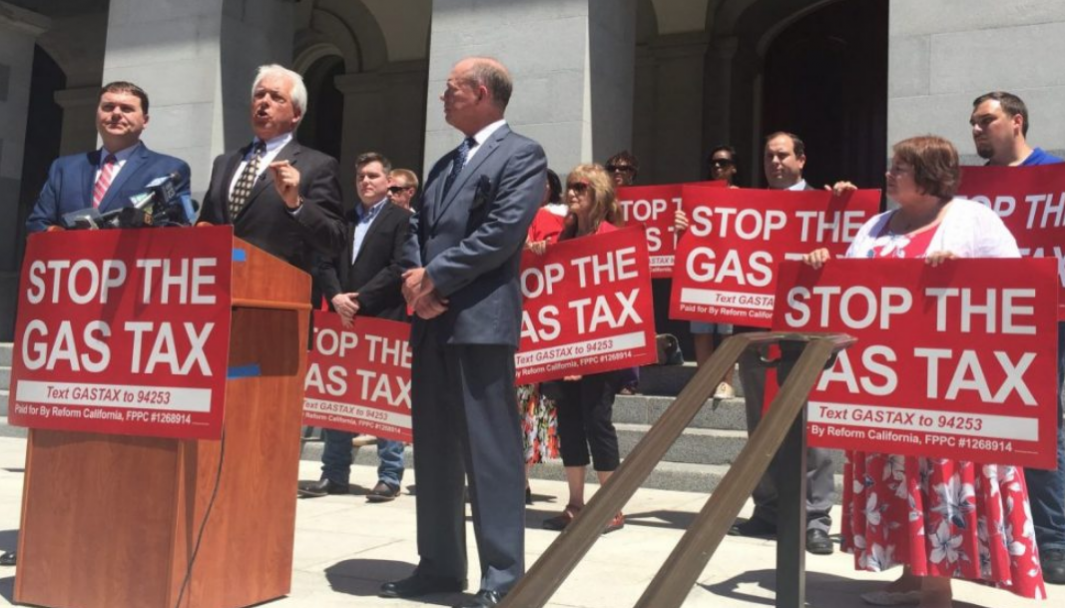 $700 a year? Less than $10 a month? We analyze how much California’s gas tax increase really costs you

by Alexei Koseff, The Sacramento Bee

That California election ballot ‘correction’ you got for Prop. 6 isn’t from the government

by Alexei Koseff, The Sacramento Bee

How does California really spend your gas tax dollars? See for yourself.

My turn: Here’s where gas tax repeal would hurt the most

It’s hard to overstate how destructive Proposition 6 would be for California. Vote no

by Sophia Bollag, The Associated Press

Editorial: To preserve funds for roads, transit, vote no on Prop. 6